Google+ Unveils New Design: The new Google+ design “helps you easily explore content as well as dramatically improves your online photo experience to give you crisp, beautiful photos—without the work!”

The app replaces Google Talk and arrived in both Google Play and iTunes.

Discussion From Our Networking Clubs: Thousands of social media marketers and small business owners are asking questions and helping others in our free Networking Clubs. Here are a few interesting discussions worth highlighting:

LinkedIn Updates Privacy Policy: In addition to “clarifying and simplifying language in these documents to make it easier for members to read and understand,” LinkedIn is introducing “sponsored content in the LinkedIn feed.” 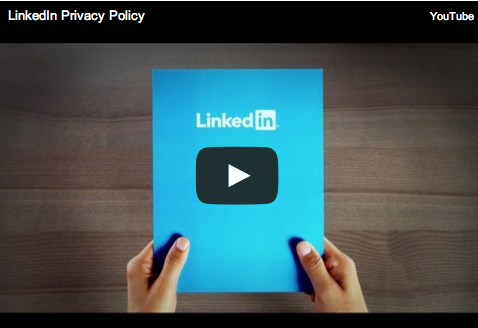 Pinterest Introduces Duplicate Pin Alerts:  Pinterest is rolling out a function that generates a message to remind users “When you pin something you’ve already pinned before…”.  The alert does not prohibit users from pinning duplicate content.

The duplicate pin function is currently limited to web-based users; a mobile version is expected at a later date.

Pinning On-The-Go Gets Better: Pinterest rolls out iOS 2.4 and Android 1.5 with new features. Notifications are now on mobile. “You can now mention people from your phone.” Pinterest now suggests search terms as you type on mobile.

“Now you can see who commented on your pin or mentioned you whenever you have your phone handy.”

Klout Delivers One Million Perks:  Klout is “proud to have grown into the world’s largest, most successful influencer program with more than one million Perks claimed.”

“Klout Perks rewards everyday influencers and has connected them with more than 400 brands.”

Foursquare Adds More Menus:  Foursquare now lets you “check the menu to see if a restaurant has your favorite dish, like spinach, gnocchi or chicken parm.”

“Foursquare isn’t just limited to dinner. If you’re searching for brunch, lunch, drinks or dessert, you’ll be able to find those menus, too.”

Facebook Updates iOS App:  ”Facebook released an update for its iOS app today with a number of small changes and improvements, including faster loading for events and a way for users to easily save photos from Facebook to their phone.”

Bing’s Social Sidebar Includes Direct Interaction With Facebook:  On Bing, you “will see comments on a relevant Facebook post within the sidebar, as well as the ability add your own, all without having to leave Bing. You can also like a post directly from Bing.”

“Now you can see what your friends might know about what you’re searching for and engage with them directly without leaving the search page.”

Google+ Launches Cross-Platform Single Sign-on:  ”Now, when a user signs in with Google on one device, they grant consent once and can continue their experience seamlessly between web and Android devices.”

To access this new mobile design, add the text “?new=1” to the end of any SlideShare URL from your mobile device.