Our inaugural “CMO’s Guide To The Social Media Landscape,” in 2010, included the top players of the day: Twitter, Facebook, Flickr, LinkedIn, YouTube, Digg, StumbleUpon, Yahoo, Reddit, and Delicious. As the social sphere continued to grow and change, we added a couple more for the 2011 edition: YouTube and Tumblr. Then, with things really heating up, we grew the chart by five for 2012, this time adding Google+, SlideShare, Quora, Instagram, and Pinterest.

So what does 2013’s version look like? Ten, 15, 20, or more entries? Not exactly. In fact, we have taken a less-is-more approach by focusing on the six key social sites that are of real use to CMOs and their digital marketing plans.

This year we give you the good, the bad, and the ugly about Facebook, Google+, Twitter, Pinterest, LinkedIn, and YouTube. We decided to focus on these six because, based on digital marketers’ adoption, this is where the action is. That’s not to say marketers shouldn’t look beyond these channels, and we are in no way anointing them winners. We just wanted to give information-starved CMOs some insight into what we think are the places to be in 2013 to make the most of already stretched marketing dollars.

Again, this year, we have both the printable PDF of the chart as well as an interactive version that we think you’ll find both cool and useful. 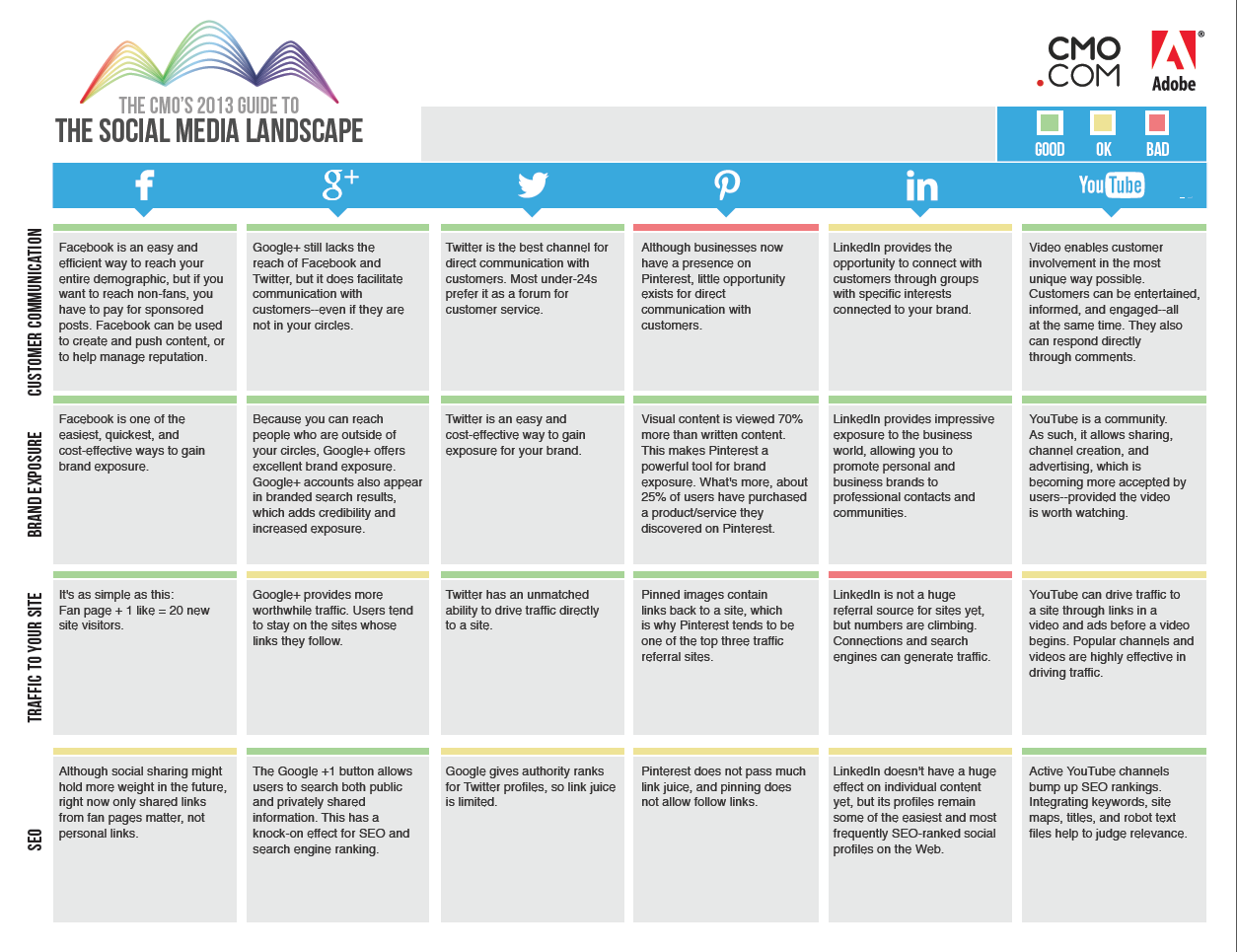 1 Comments to “Guide to Social Media Landscape for 2013”