AS Advertising Week 2012 continues in New York, a widely discussed topic is how to generate measurable business results for the brands sold by marketers. Coincidentally, a study to be released on Tuesday addresses the value of powerful brands — and the problems of brands whose value is diminishing. 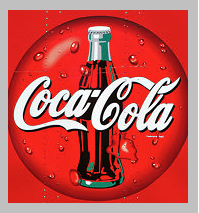 Coca-Cola has led the Best Global Brands rankings for 13 years. 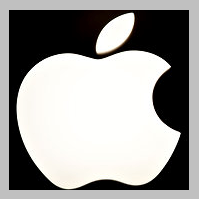 The study is the 13th annual Best Global Brands report from Interbrand, a brand consulting company owned by the Omnicom Group. The report ranks what it deems the 100 most valuable brands on criteria that include financial performance, the role the brand plays in influencing the choices made by consumers and the brand’s ability to help its parent’s earnings.

Such measures ought to attract more attention on Madison Avenue, Christine Fruechte, president and chief executive at Colle & McVoy, an agency owned by MDC Partners, said during an Advertising Week panel on Monday.

“When we put together advertising programs, we’re constantly keeping in mind how to add shareholder value,” Ms. Fruechte said. “We want to have a tangible impact on the client’s business or services.”

Ms. Fruechte cited as an example a client, the Caribou Coffee Company, whose stock, she said, has risen to more than $18 a share from $1.17 when the agency began its work.

Although Caribou Coffee is not listed in the 2012 report, many of the ranked brands are known for dedicating time and corporate treasure to continually, if not continuously, trying to improve the results of their advertising. Case in point is the brand that ranked No. 1 on the list for the 13th consecutive year, Coca-Cola. Interbrand estimated its brand value at $77.8 billion, up 8 percent from the 2011 report.

“We remain very humble that we’re in that top spot,” said Joseph V. Tripodi, executive vice president and chief marketing and commercial officer at the Coca-Cola Company. Mr. Tripodi has spoken frequently about how increasing the effectiveness of ads will help the company increase its revenue to $200 billion in 2020, from $95 billion in 2008.

Although “nothing lasts forever,” Mr. Tripodi said of the streak, the company will strive to keep the Coke brand relevant through innovations in how it engages with consumers. For instance, he said, on Facebook Coca-Cola has more likes, 51.98 million, than any other brand.

“A lot of staying relevant is not being afraid to take risks or do different things,” Mr. Tripodi said. “It’s less about what you sell and more about what you stand for as a brand and company.”

“Brands like Apple and Samsung set the pace” for the 2012 report, said Jez Frampton, global chief executive at Interbrand, which is dominated by strong performances by technology companies. Indeed, of the top 10 brands, five are in technology: Apple, Google, Microsoft, Intel and Samsung.

“Technology companies are doing so well because they’re showing real understand of human beings” as they “change the way we live our lives,” Mr. Frampton said.

“It’s irony, a group of technology companies showing the way how to be human,” he added.

“It’s very flattering for us to be part of it,” said David Lauren, executive vice president for advertising, marketing and corporate communications at the Ralph Lauren Corporation. “It’s always nice to be recognized.”

Some brands from the 2011 report are absent from this year’s list. One is Barclays, which was in 79th place last year; Mr. Frampton attributed the departure to the “adverse effects” of the accusations that Barclays had tried to fix key interest rates for its own benefit.

Several brands that were ranked lower on the 2012 list compared with last year’s have also been suffering setbacks. Among them are BlackBerry, which tumbled to 93 from 56; Goldman Sachs, which declined to 48 from 38; and Nokia, which dropped to 19 from 14.

Conversely, several brands in the top 100 took noticeable steps up. They include, in addition to Apple and Samsung, Amazon, which climbed to 20 from 26, and Nissan, which rose to 73 from 90.

“It’s by far the most significant leap we’ve had,” said Andy Palmer, executive vice president for marketing and planning at the Nissan Motor Company. “It’s the ultimate external proof point that we’re doing the right things as a brand.”

Among those things, Mr. Palmer said, is that “we’ve become a heck of a lot better at telling stories,” as this year, “for the first time in our 80-year history, we created a global brand campaign” for Nissan.

He also cited advertising efforts like a Nissan channel on YouTube with “one new story every single day of the year,” he said, an app with about 54,000 downloads and Twitter feeds for models like the Nissan Leaf as well as for regions like Nissan USA.

1 Comments to “List of Global Brands Keeps Coke on Top, and Apple Jumps Up”