When J.C. Penney Co. introduced its new store prototype to analysts in September, industry observers raved about the in-store shops as part of the retailer’s new look. But the lion’s share of comments went to all of the hands-on features in the new design: ice cream parlors, Lego tables for kids, and tables with iPads and iMacs for all.

And Penney’s is only one among many retailers that’s overhauling its store experience in time for the all important holiday season. As analysts were touring Penney’s prototype, Build-A-Bear Workshop CEO Maxine Clark took The New York Times on a tour of her company’s new store prototype, designed with more interactive options to attract today’s digital-savvy kids.

As retailers get on the starting blocks for the make-or-break holiday sales, they have increasingly turned their attention to their physical store environments. They are adding features to set their merchandise apart and hold onto those shoppers who come into the store, whether to buy or comparison-shop a product they will later order online. As a result, the decade-old term “retailtainment” is gaining new currency with marketers at a time when other terms, such as “showrooming” and “commodity pricing,” are tripping off of their tongues frequently. 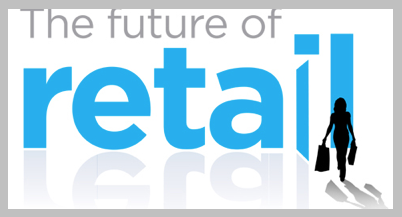 Even those retailers that exist mainly online are grappling with establishing some sort of real-world beachhead, both to satisfy impatient, same-day shoppers and to build their brand relationships. Daily-deal site LivingSocial, for example, now has a location in Washington, D.C., where it offers events. Groupon recently opened a store in Singapore. And just in time for New York’s Fashion Week, Gap Inc.’s Piperlime e-commerce site opened its first real-world location in New York’s Soho.

“What’s happening is a bit of a perfect storm in retail between the ability of consumers to sit on their couch and shop. . .and the fact that it has [become] very competitive,” said Alison Paul, vice chairman and retail and distribution sector leader at Deloitte LLP. “There’s nothing like a little bit of necessity to get people creative.”

In order to fight shoppers’ inertia, retailers have had to give them a reason to come into the store, Paul told CMO.com. And merchants are using the whole arsenal available, from creative merchandising and unique products, to shop-within-a-shop concepts and large-screen displays, to mobile applications that recognize shoppers as they come into the store and deliver coupons to their smartphones.

Some changes are a reaction to the threat of showrooming, while others are meant to break off the growing addiction to discounting among U.S. shoppers. But for whatever reason, experts agree that merchants are rethinking the shape and function of retail locations down to their very reason for being.

And as retail goes omnichannel, the real-world locations are evolving into a brand-building and customer-service beachhead, building relationships with shoppers and supporting online sales. This means retailers need to spend on upgrading stores, but will have to find new ways to measure their success, besides sales per square foot.

“This is Omnichannel 2.0,” Michael Klein, director, industry strategy–retail at Adobe Systems, told CMO.com. “Whether you look at it as a reaction to the competitive threat of discounting or showrooming, this is the next evolution of shopping. . .Brick-and-mortar has to evolve and become more engaging and more than a place for transactions.”

In addition to J.C. Penney’s Ron Johnson, another retail defender of the brick-and-mortar store is Toys ‘R Us CEO Jerry Storch, who has faced the twin challenges of online rivals and discounters on his beat. In a speech titled “Stores Strike Back” at the National Retail Federation’s Shop.org e-tailing conference, Storch argued that the best retailers are leveraging their locations as an advantage to conduct seamless multichannel business, and incorporating the mobile and online experience into the store channel. He noted Toys ‘R Us has in-store pickup kiosks for online orders and just launched a My Store feature on its mobile sites that shows shoppers inventory at their local stores.

The uses of technology are not limited to taking orders online and delivering products in-store, either. The store experience itself is getting an overhaul because consumers remain social shoppers, even when it’s harder to separate them from their money.

“The shoppers just have so many choices that everything is changing,” said Marian Salzman, CEO of Euro RSCG Worldwide PR, in an interview with CMO.com. “The entertainment factor either has to be ramped up or go with something like Ikea, where the entertainment lays in low prices.”

Since digitally enabled shoppers are coming into the store with a different agenda now, merchants are trying to find ways to keep them there. Providing training sessions, demonstrations, and hand-on displays offer shoppers a way to experience products in a way they can’t do online–and a reason to linger in the aisles.

“Shopping has become a pastime in America. It’s entertainment, it’s how we socialize,” Paul said. “The act of transaction, of buying and selling, is not the reason people go shopping anymore. It’s where girlfriends get together to try clothes on–there’s these magic mirrors and holograms, all this interesting technology for fitting rooms. It’s where people go to get a refreshment, get a cup of coffee, and see what they’re buying.”

Amenities like coffee shops and fashion shows have been around before, but now high-tech is being leveraged in-store, noted Robin Lewis, CEO of retail industry publication The Robin Report and co-author of The New Rules of Retail. Merchants started off by deploying staff with tablets and handhelds to assist and check out shoppers in the aisles. They are now moving through a whole series of digital enhancements to the store experience.

For example, Lewis told CMO.com, Burberry’s new flagship store in London video streams runway shows and uses technology that allows a customer to stand in front of a screen and see herself in a Burberry item to check how it looks. Similarly, he noted retailers such as Selfridge’s in London and several others are using the MeAlity body scanner, which scans a shopper and provides a list of brands that would best fit her body.

“What the store guys failed to realize, but are now just beginning to understand, is that they, in fact, have a huge competitive advantage over the e-commerce pure players,” Lewis said. “They can compel customers on two distribution platforms, while the pure e-players are confined to one.  Better, the store is three-dimensional and can provide a real physical and emotional experience that simply cannot be provided on the Internet.”

The next five to 10 years should see a complete transformation in store environments, said Mark Layton, CEO of PSFweb, which offers turnkey e-commerce services to retailers and manufacturers.

Omnichannel retailers have an advantage, he said; retailers with well-developed Web sites have already created rich content that can be adapted to the high-tech store environment. And traditional retailers also have extensive real estate in the key places where shoppers go–another advantage, he told CMO.com.

Experts say the real-world shops that are evolving out of this latest omnichannel shakeup will likely be smaller, more experiential, and more service-oriented than the big boxes of the past. And they will have to play well with other retail channels, whether it’s mobile or online shopping, so they will need to develop new ways to track transaction data and measure sales productivity.

That’s the latest challenge for retailers and their technology suppliers: Who gets the credit for the sale–the store that sold the shopper, or the mobile app that booked the order?

Adobe’s Klein stressed that online channels, while growing at double-digit rates and influencing a large portion of store sales, are still only about 15% of the total U.S. retail spending; that leaves a lot of store transactions to be sorted out. “If 85% or more of the [retail] volume is going to the traditional brick-and-mortar, the challenge is how do you give credit to the different digital channels, how they’re influencing the 85%,” Klein said.

Retailers are rethinking basic measure of operations, Deloitte’s Paul said. Some retailers have stopped reporting monthly same-store sales partly because they are increasingly not as meaningful as they used to be, she said.

Investments in infrastructure are part of the solution, Paul said. That’s not retailers’ favorite thing to do, but they will have to do it: “1950’s systems and spreadsheets aren’t going to get you there,” she said.

Traditionally, retailers based the attribution on the first or last channel the shopper used, but often shoppers pass through multiple channels in the purchase process. Klein said data managers are now dealing with algorithms that follow a shopper and assign scores to each channel used to create a true multichannel model.

“That’s the challenge that we do continue to work on, and it’s an ongoing conversation,” he said. “We’re all moving closer to what we all call the true 360-degree view of the customer.”

5 Comments to “Let Me Entertain You: Retail’s New In-Store Strategy”