TPG agree’s with Gary Hamel so often when working with clients we find that they have not devoted enough resources to developing their team around the resources and technologies that they are investing in, and more often than not the leadership of these new strategies follows the investment into them…Gary points out so clearly that leadership comes from nurturing, training, and developing your staff to be capable of handling the growth of your business and empowering them to be a bigger part of the solution, not part of the problem.  We support that philosophy.

The management writer and academic explains why he believes companies that empower and train people at all levels to lead can create competitive advantage.

The latest M-Prize challenge, cosponsored by Gary Hamel’s Management Innovation eXchange (MIX), Harvard Business Review, and McKinsey, asks managers to submit examples of how their organizations are empowering and training individuals to lead even when they lack formal authority. In this video, Professor Hamel discusses why he believes it is vital for companies to “syndicate the work of leadership” across the organization, to redistribute power, and to change the role of the top team. This interview was conducted by McKinsey Publishing’s Simon London. What follows is an edited transcript of Hamel’s remarks. 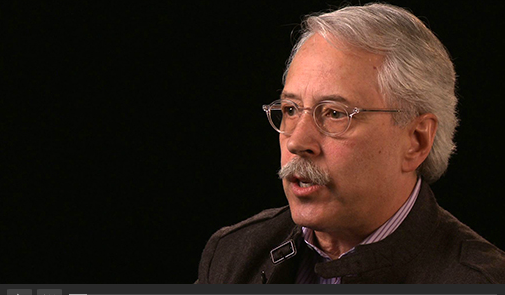 Syndicating the work of leadership

The Management Innovation eXchange is the world’s first open-innovation platform, where we’re trying to elicit bleeding-edge practices in the world of management and organization and leadership. Every so often, we run a McKinsey–Harvard Business Review management prize (M-Prize) to pull those amazing new practices and those bleeding-edge ideas up to the surface.

This time around, the challenge is what we call Leaders Everywhere. And the thought underneath this is that we live in a world where never before has leadership been so necessary but where so often leaders seem to come up short. Our sense is that this is not really a problem of individuals; this is a problem of organizational structures—those traditional pyramidal structures that demand too much of too few and not enough of everyone else.

So here we are in a world of amazing complexity and complex organizations that just require too much from those few people up top. They don’t have the intellectual diversity, the bandwidth, the time to really make all these critical decisions. There’s a reason that, so often in organizations, change is belated, it is infrequent, it is convulsive.

Because, typically, in those traditional structures, by the time a small team at the top realizes there’s a need for fundamental change, by the time a problem is big enough or an opportunity clear enough that it prompts action, that it breaks through all the levels, commands the attention of these extraordinarily busy people up top—it’s too late. So if we want to build truly adaptable organizations, we have to syndicate the work of leadership more broadly.

I think the dilemma is that as complex as our organizations have grown, as fast as the environment is changing, there are just not enough extraordinary leaders to go around. Look at what we expect from a leader today. We expect somebody to be confident and yet humble. We expect them to be very strong in themselves but open to being influenced. We expect them to be amazingly prescient, with great foresight, but to be practical as well, to be extremely bold and also prudent.

How many people like that are out there? I haven’t met very many. Right? People who have the innovation instincts of Steve Jobs, the political skills of Lee Kuan Yew, and the emotional intelligence of Desmond Tutu? That’s a pretty small set. And yet we’ve built organizations where you almost need that caliber of person for them to run well if you locate so much of the decision-making authority in the top of the organization.

In 1890 it would have been very difficult for anybody to imagine Ford Motor Company, right? Twenty-five years later, here’s this company: iron ore in at one end, Model T out the other end. Massive industrial scale. Everything that needed to be invented to allow that kind of vertical integration. And all the new management techniques, management science, that got invented. But ask somebody to describe that in 1890—making half a million vehicles a year by 1915. Very hard to describe.

In most organizations, we don’t call people employees anymore—I mean, maybe somebody does—but we call them team members or associates. And we recognize that in the creative economy, most of that wealth creation is coming from people out there rubbing up against customers, innovating—certainly in a service economy, the experience economy. We talk more and more about cocreation with our customers, with our business partners.

So, already, I think we’ve understood that value is created, more and more, out there on the periphery. But we still have these organizations where too much power and authority are reserved for people at the top of the pyramid. Ultimately, yes, I think the structures, the compensation, the decision making must catch up with this new reality.

I’ve found it kind of interesting. Most companies are now quite comfortable with 360-degree review, where your peers, your subordinates, and so on review your performance. In the best cases, that’s all online, and everybody can see it. But I would argue that the next important step is going to be 360-degree compensation because if you show me an organization where compensation is largely correlated with hierarchy, I can tell you that’s not going to be a very innovative or adaptable organization. People are going to spend a lot of their time managing up rather than collaborating. There will be a lot of competition that goes into promotion up that formal ladder rather than competing, really, to add value. So, increasingly, compensation has to be a correlate of value created wherever you are, rather than how well you fought that political battle, what you did a year or two or three years ago that made you an EVP or whatever.

So I think our organizations are going to evolve. We are going to catch up to this new economic reality. But it’s going to take a while because that old formal hierarchy is one of the most enduring social structures of humankind. I think making this transition—and it can seem quite daunting in a way—but I think the transition will happen step-by-step. It will happen small experiment by small experiment, where we start to say, “What can we do? What can we do in our organizations to enlarge the leadership franchise?”

We can break big units into smaller units to create more opportunity for people to be leaders. We can make the P&L much more visible to people and tie their own performance into that, so you feel like you have a real stake in the business. We can start to syndicate the work of executive leadership by opening up the conversations about strategy and direction and values and so on. We can start to use more peer-based systems to collect feedback on who’s really acting like a leader and who’s not. So there are a lot of small, incremental steps you can take in that direction.

Where do we experiment? What can we do to create more opportunities for leadership but also to help teach people what it means to exercise leadership when you don’t have formal authority? How do you mentor people? How do you build a coalition? How do you live in the future so other people want to follow you? How do you become one of those connectors bringing ideas and talent and resources together? That’s, again, a critical work of leadership today.

So give people those new leadership skills that allow you to exercise leadership, get things done, even when you don’t have a lot of formal, positional authority. I would love to be in an organization where everybody has been trained, everybody believes they have the possibility of doing that. But it’s going to happen one small step at a time. And as a CEO, my goal would be, whatever those small steps are, I want to be taking more of them and I want to be taking them faster than anybody else—because to the extent that I unleash the latent leadership talent across my entire organization, to the extent I become less reliant on a few people up top to see the future and respond in time, I’m going to have a more successful organization.

Making this sort of change requires, as my good friend C. K. Prahalad used to say, “being both commissar and guru.” In other words, like the guru, you have to start with the fundamental principles about empowerment, transparency, meritocracy, natural leadership, and so on. If you’re going to redesign a management system, a management structure, to create leaders everywhere, you’ve got to start with the big principles. Then, ultimately, you have to be the commissar and know what little lever you’ll pull, where, to make that happen.

The way I tend to think about this is to start with those principles, and the ones that are important to building a company of natural leadership are around meritocracy, information, accountability. And then you look at every single information process, resource-allocation process, planning process, hiring, promotion. You say, “How do we start to embed those principles in every one of these processes?”

So instead of moving decisions up to where people have expertise, we’re going to move expertise down to people close to the front lines—which 40 years ago is what Toyota did when they trained frontline employees in statistical process control, in Pareto analysis. “We’re going to take away the quality inspectors and the quality control; we’re going to embed that in the organization.”

So I need the information. I need to be trained to make the right kind of choices. I need to be held accountable for those choices. Another company that practices a great form of Leaders Everywhere is Whole Foods, where small teams in each of these Whole Foods stores really are running their own P&L and have a lot of decision-making authority. One of the reasons that works, though, is that they are held accountable for really very challenging targets, and if you hit those targets the bonus is in next week’s paycheck. So you start to ask, “All right, if people have all the information they need, if they’ve been trained to have those business skills, if there’s a very short feedback cycle between your decisions and rewards, how much bureaucracy do I really need?”

So there are preconditions here. This is not some romantic thing—you know, “let’s just give everybody more power” —because that’s probably chaos. But if we equip them, give them information, make them accountable to their peers, shorten the feedback cycles, then I think you can push a lot of that authority down in organizations.

2 Comments to “Is Your Company Creating Leaders?”